Arabic calligraphy is an artistic poetic way of writing.  We have been highly influenced by it and loved using it many of our interior and apparel collections.  Calligraphy is considered a fundamental element of Islamic art.  The use of calligraphy as an ornament is aesthetic but also used as a talismanic component.  Calligraphy is mainly transmission of text, which is both decorative and functional. 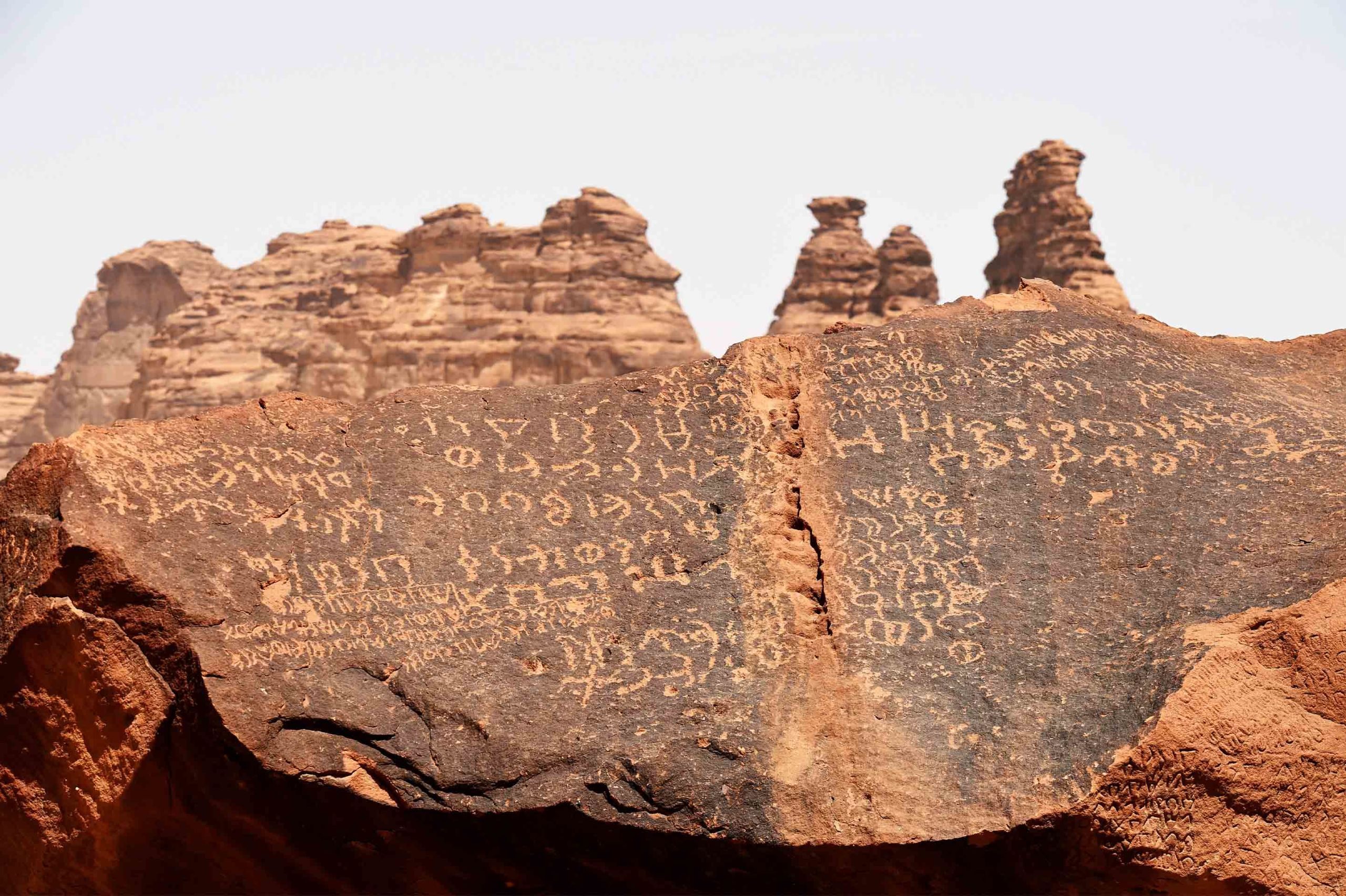 A Nabatean inscription in AlUla in Saudi Arabia

The origins of Arabic calligraphy can be traced to the semi nomadic tribe Nabatean tribes form the northern Arabian Peninsula and southern Levant.  It is believed to have evolved from an Aramaic dialect used by these semi nomadic Arabic people during the fourth century BCE as they had a pivotal role in the formation of the Arabic script.  The oldest inscriptions of Arabic were found in 2014 in northern Saudi Arabia was a mix of Nabataea Arabic which dates to 469-470CE. 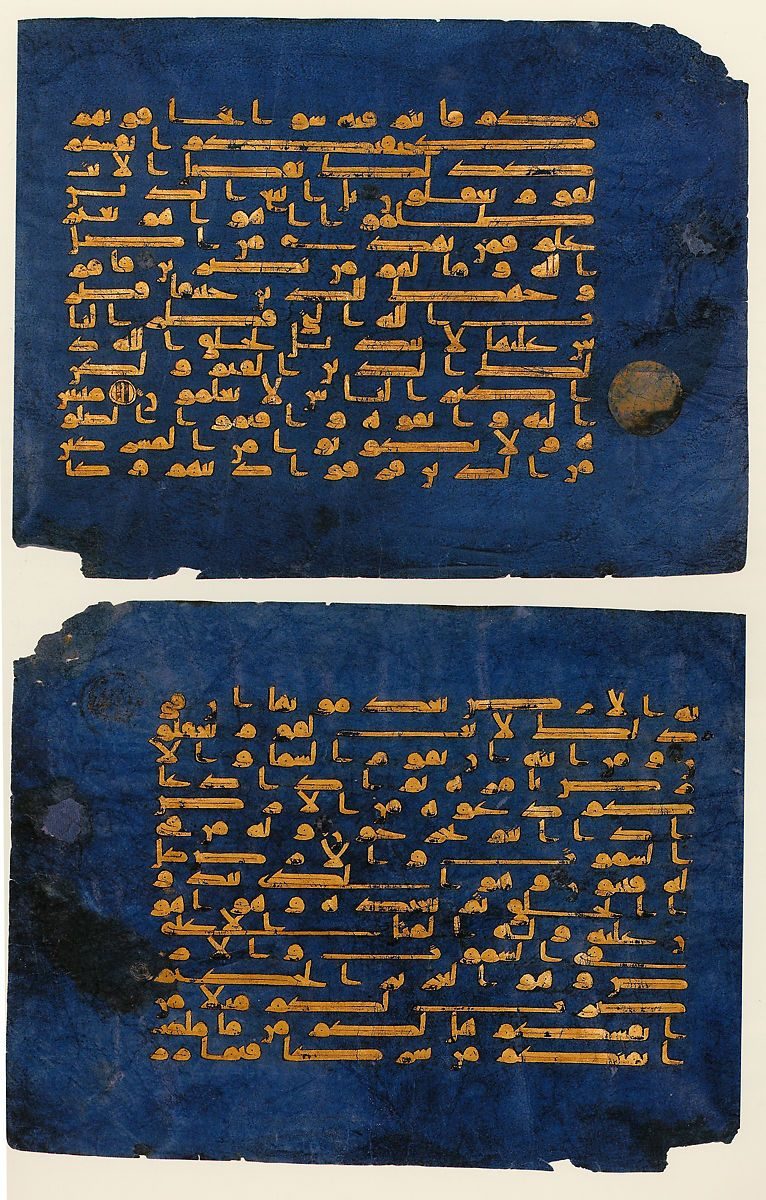 The earliest form of what it is used today is Jazm, it was developed into different styles Hiri, Anbari, Malki, and Madini.  These scripts were named after a particular time or region.  Kufic script was developed in Kufa and was the earliest form of universal calligraphic style.  It takes control in the seventh century because of the preservation of the Quran.  Soon after Islam spreads to North Africa and the Iberian Peninsula.  The importance of the script is intensified with the Islamic conquests.  Kufic script was in use until the 12th century, and it is popularity waned because of the emergence of more legible cursive scripts.  These included Toumar, Muhaqqaq, and Naskh which were created for books and administrative documents in the Abbasid caliphate. 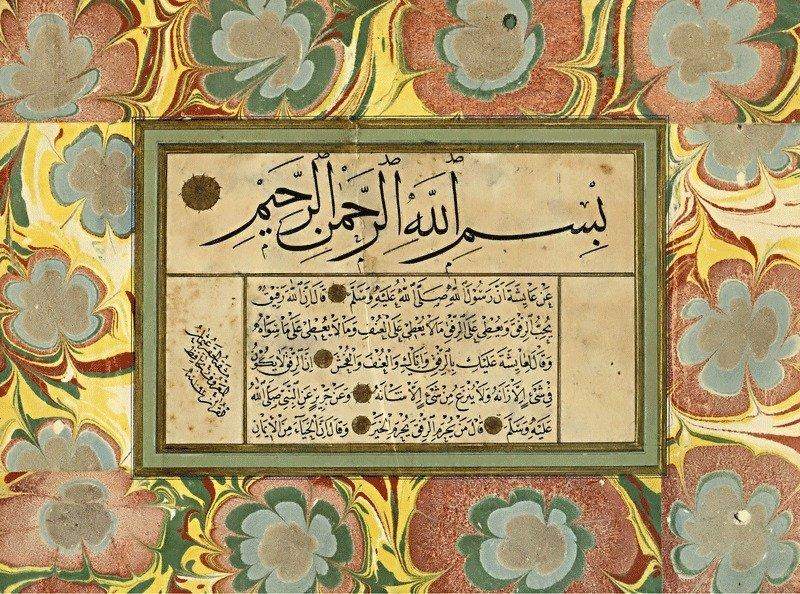 A calligraphy work by Hafiz Osman

During the 15th and 16th century the Ottoman school refined the six standard scripts and introduce Jali.  The Jali script is the large style of Thuluth and Diwani.  The Ottomans also categorized the scripts according to usage as how each script is used for different functions.

From its beginnings, calligraphy has had a variety of functions.  It is not limited to Islamic texts and can be found in ancient Bibles that have been transcribed in Arabic script, in addition to poetic texts.  The flexibility of calligraphy allowed it to be used in many mediums.  Styles of floriated Kufic developed to adorn ceramics in the Fatimid era.  Tiraz inscribed textiles and embroidered with the names of the caliphs’ clothes and used to adorned as gifts.  Examples of these gifts are mirrors engraved with good wishes. 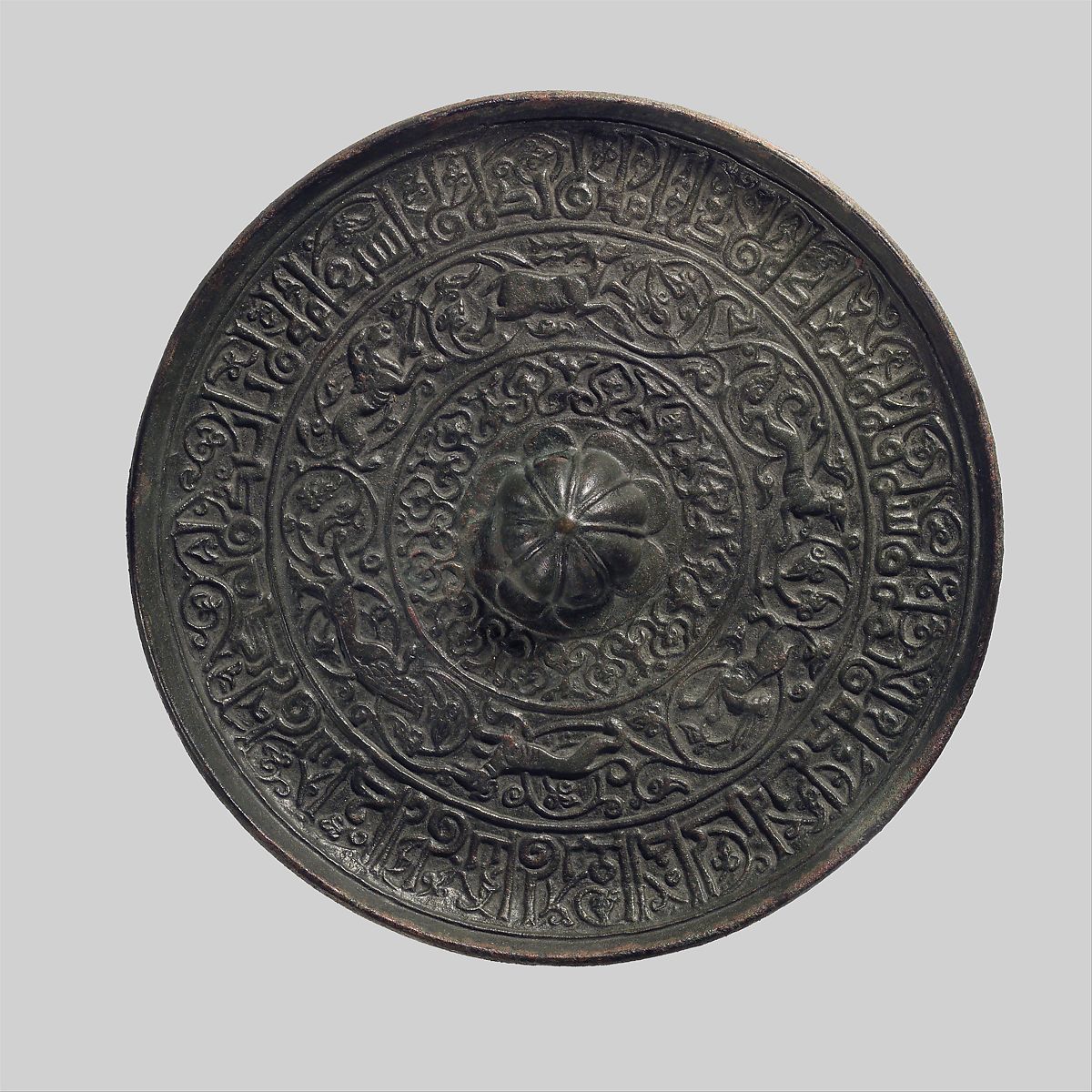 In architecture Kufic and Thuluth calligraphy is used on many buildings.  The main uses of calligraphy on buildings are informative to state who is the patron of the building, decretive as zoomorphic and human representations are not accepted in religious spaces, and the manifestation of the power of God.  Calligraphy was not only used for decorative reasons, but it was also used during the Age of Discovery in the Abbasid Caliphate of Baghdad.  Astronomers, physicians, mathematicians, and cartographers were encouraged to use calligraphy to expand Arabs knowledge. 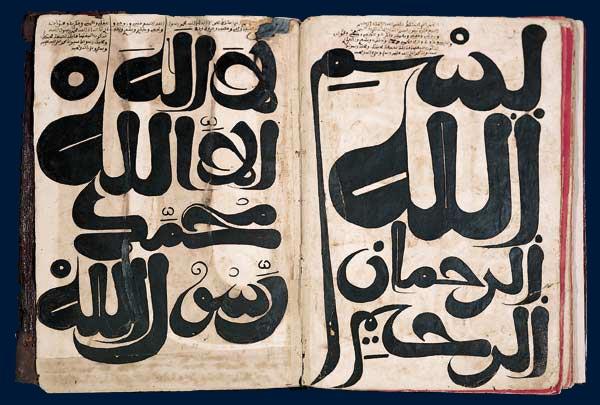 This is a brief history on the Arabic script and calligraphy, but a quick online search will let you delve into a deeper understanding on this beautiful craft.  We love to carry this tradition of using calligraphy decoratively and for talismanic purposes in our products.

Sources Arab News and The Met