My favorite place in Kuwait is Souq Al Mubarikya.  The Souq is the one of the oldest markets in Kuwait and has been around for 200 years. It was the center of trade prior to the discovery of oil.  I love Mubarikya because you can get lost in there for hours.  It’s the perfect place to hunt for antiques, handwoven rugs from Iran or Afghanistan, get authentic Bishts and Farwas (cloaks) buy gold and jewelry, or get the best traditional Arabic perfumes and bukhoor (incense).  Another thing you can shop for is groceries, as there’s a huge produce and spice market, fish market, and meat market.  That’s only half what the market can offer.  Even though, I’ve visited the market countless times, I must admit that I don’t know much history behind the landmarks.  Luckily enough, my husband likes to give tours of the area.  Recently on a crisp sunny morning, he decided to finally give me this tour. 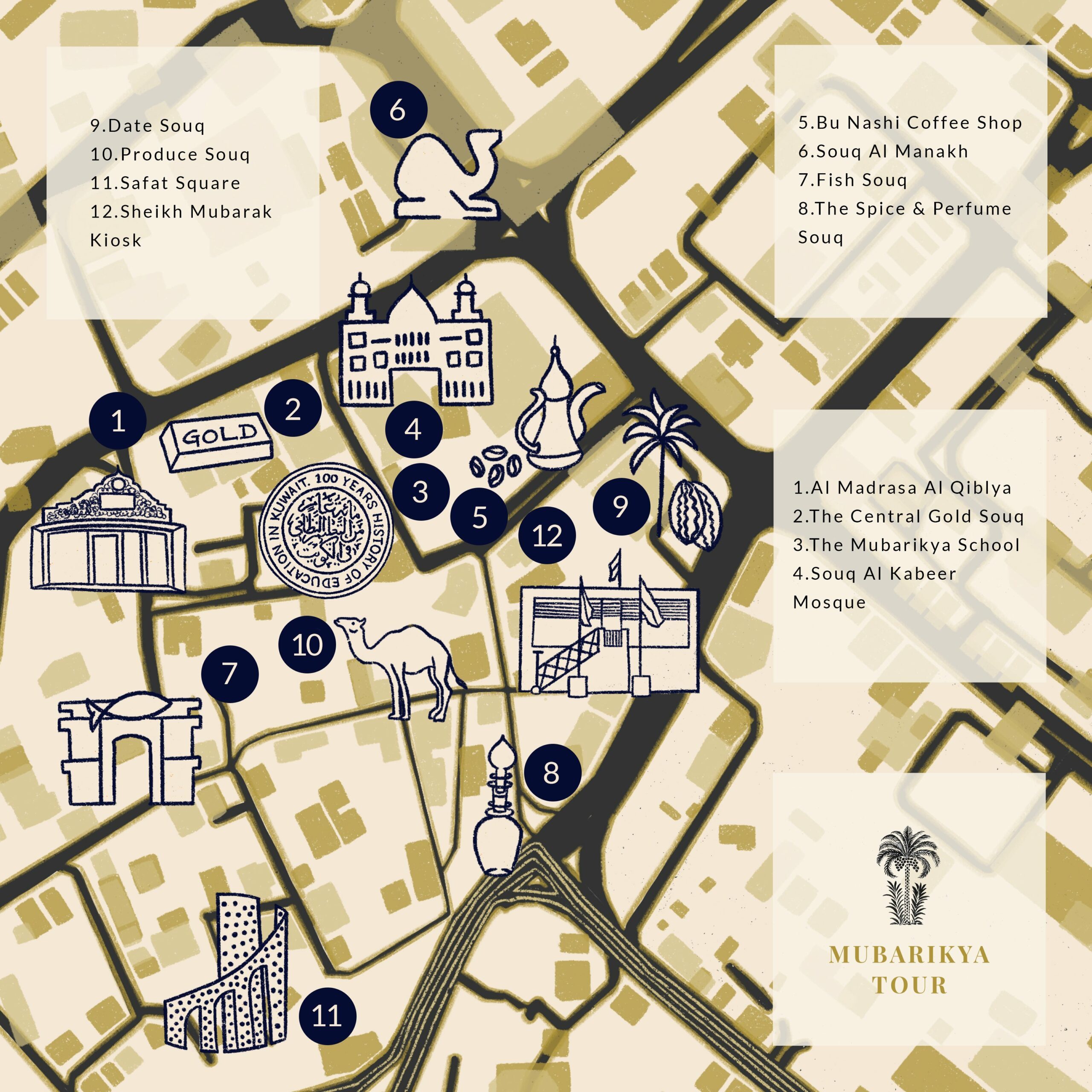 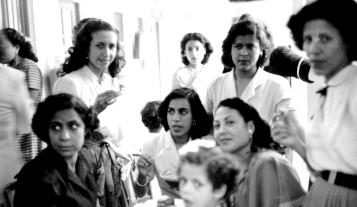 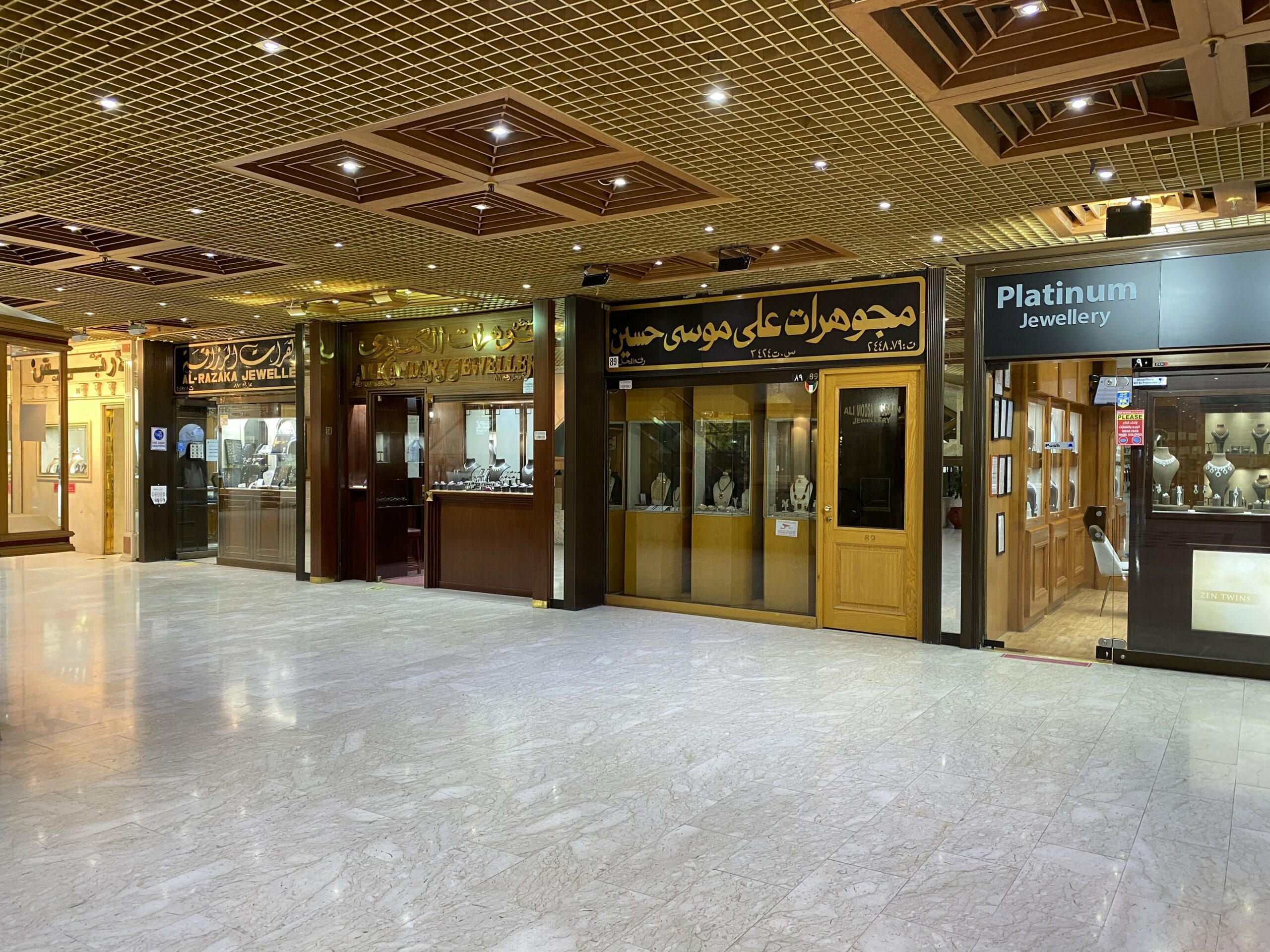 The Central Gold Souq is building that holds smaller jewelry shops.  Many of these little kiosks are family owned and have been designing jewelry for a long time.  This building also hosts a government office that overlooks gold for purity and hallmark.  You can also trade and buy gold, and custom make your own designs. 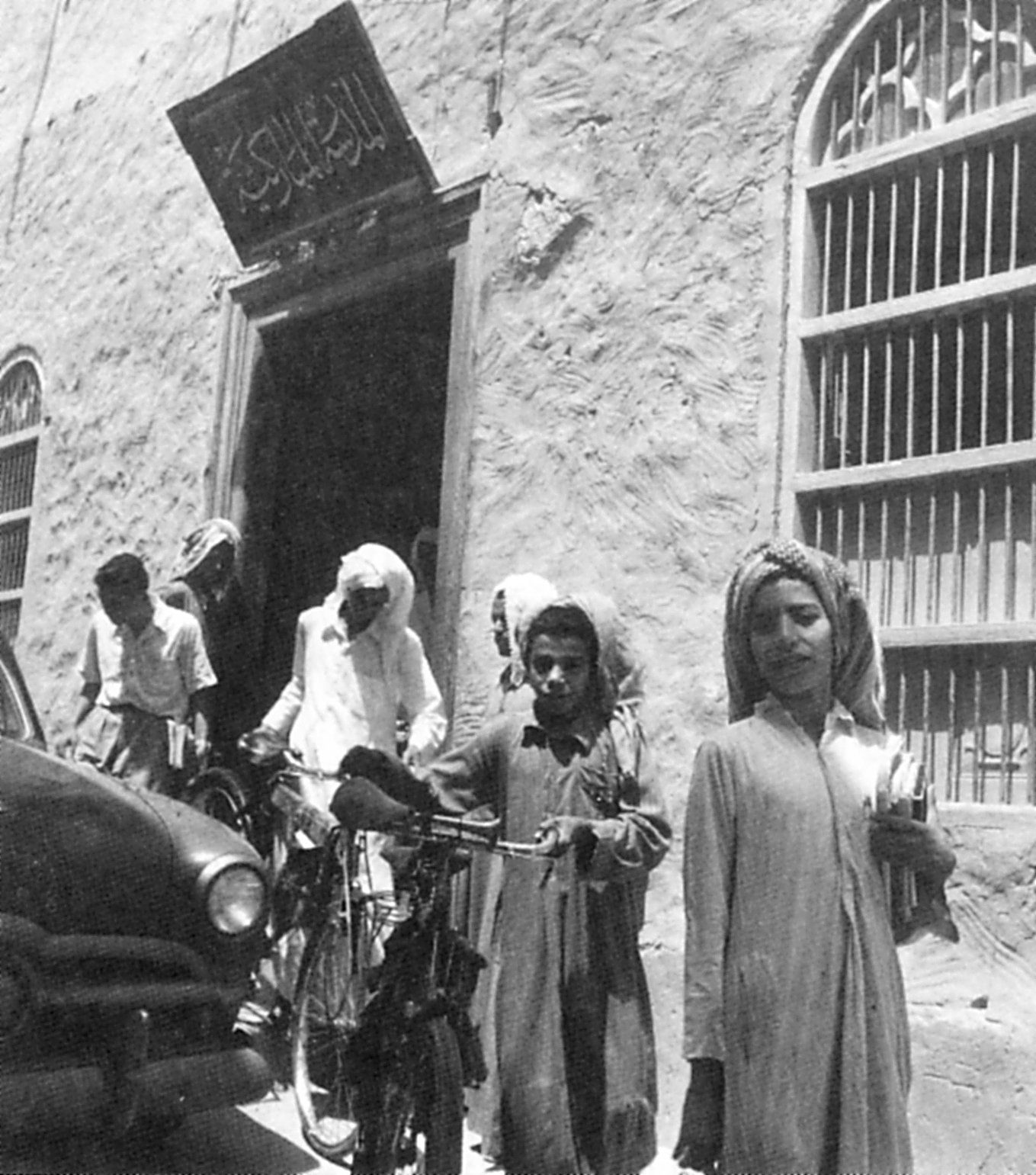 The first educational facility in Kuwait, opened in 1911 during the era of the Shiekh Mubarek Al Sabah.  80,000 Rupees were collected from different donors and citizens.  It was built in the span of 10 months, and the first enrollment included 254 students.  The fees for the school were based on the student’s financial status between 0 to 2 Rupees for each student.  At the moment there is a museum for a deeper look at the history.  The mosque next to Al Mubarikya school.  This beautiful mosque has a beautiful courtyard that you can stroll through to get into the inner alleyways to the souq. 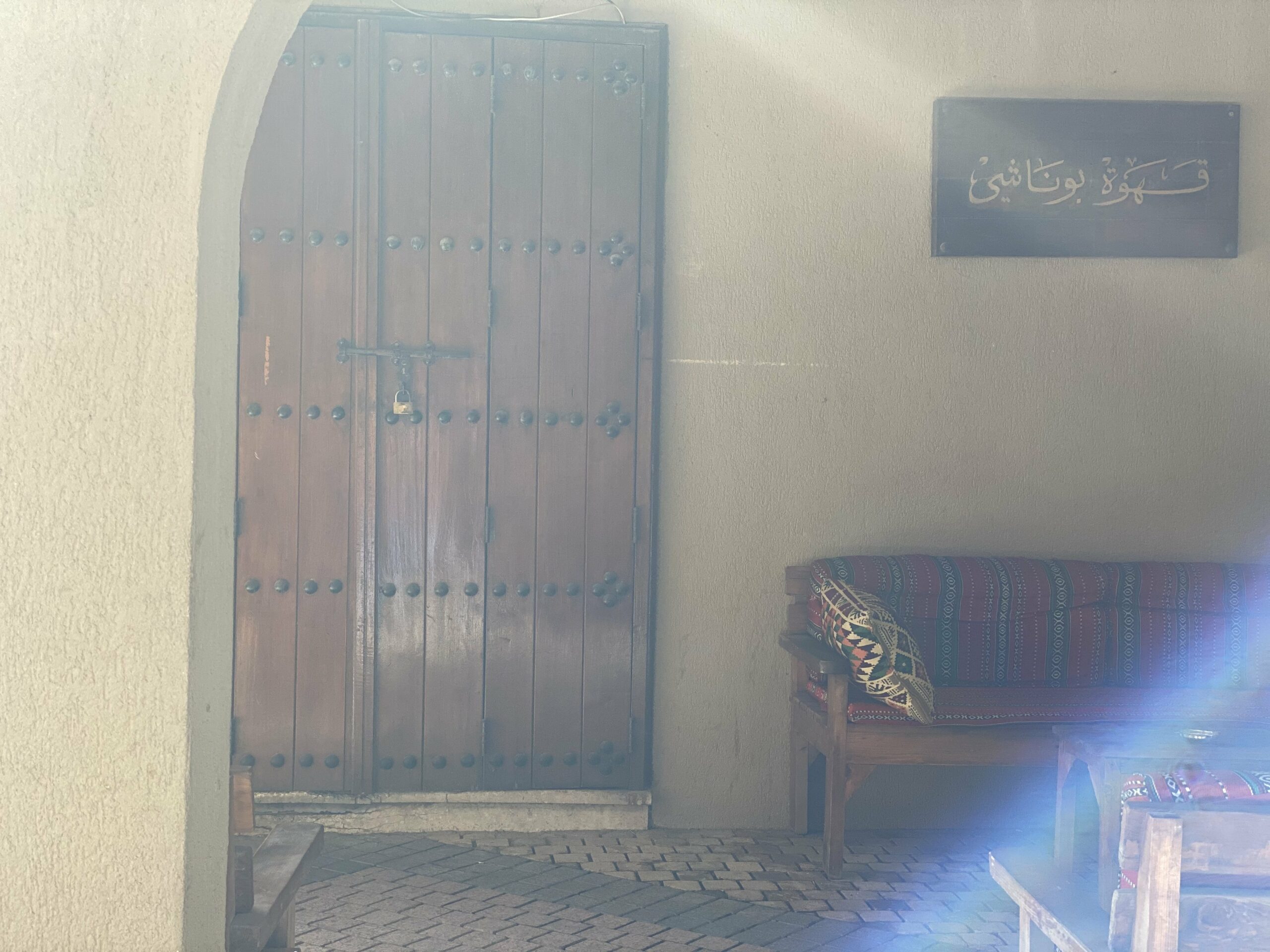 This is the oldest coffee shop in Kuwait.  It is said to have been established in 1762.  Its location historically is the entrance of traders.  It was a location of many important historical meetings.  Today you can stop by to have a cup of coffee or tea and a sheesha. 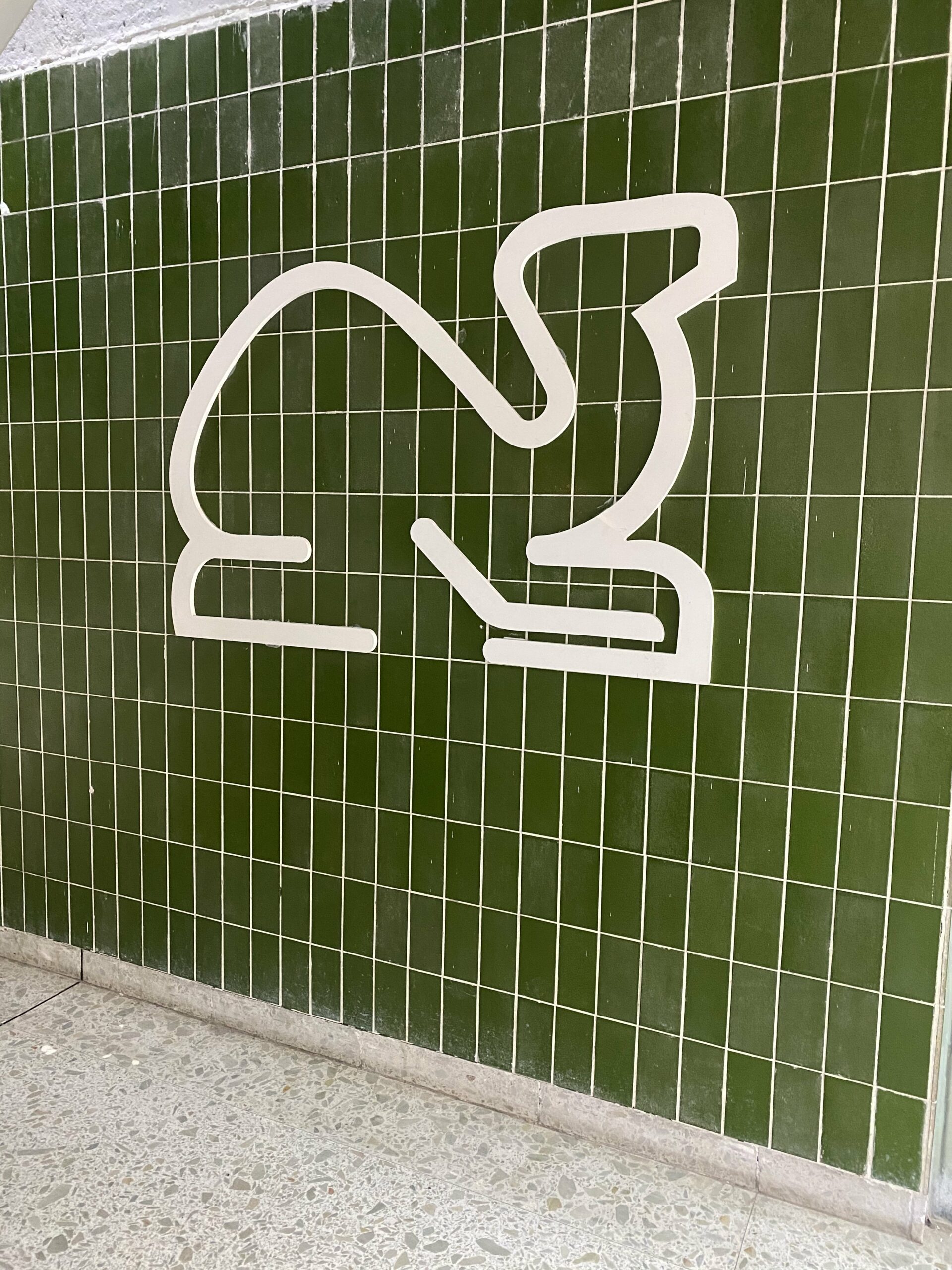 Historically it was a place to trade camels, and other commodities from different parts of the Arabian Peninsula.  It then evolved as an unauthorized stock market.  With the modernizations of buildings, the building was built in the 1970s.  It became infamous with the financial crisis of 1982, which transformed to the offices in the building from stock trading offices to mostly real-estate offices. 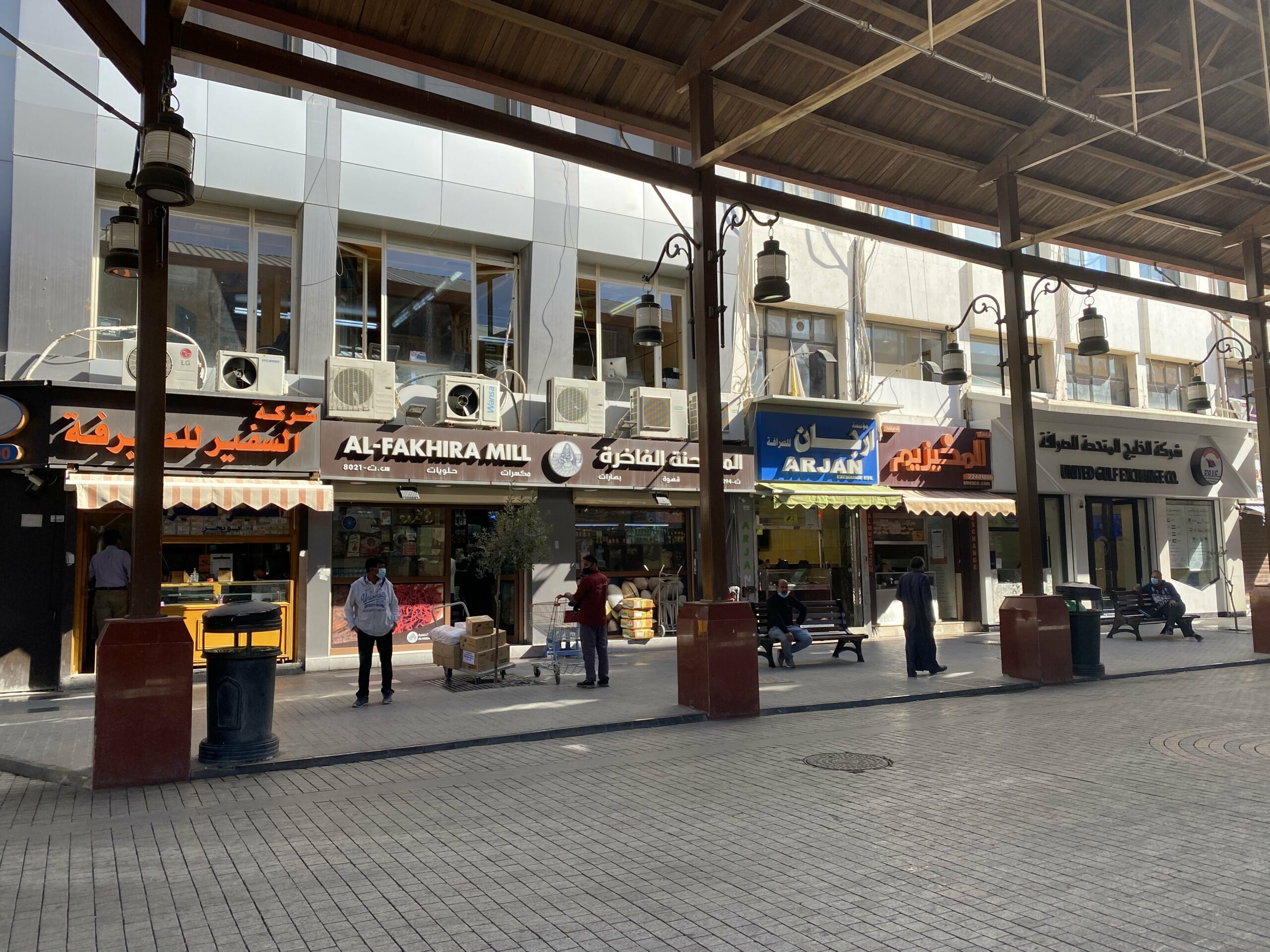 The Souq has many different shops and smaller markets that include the following: 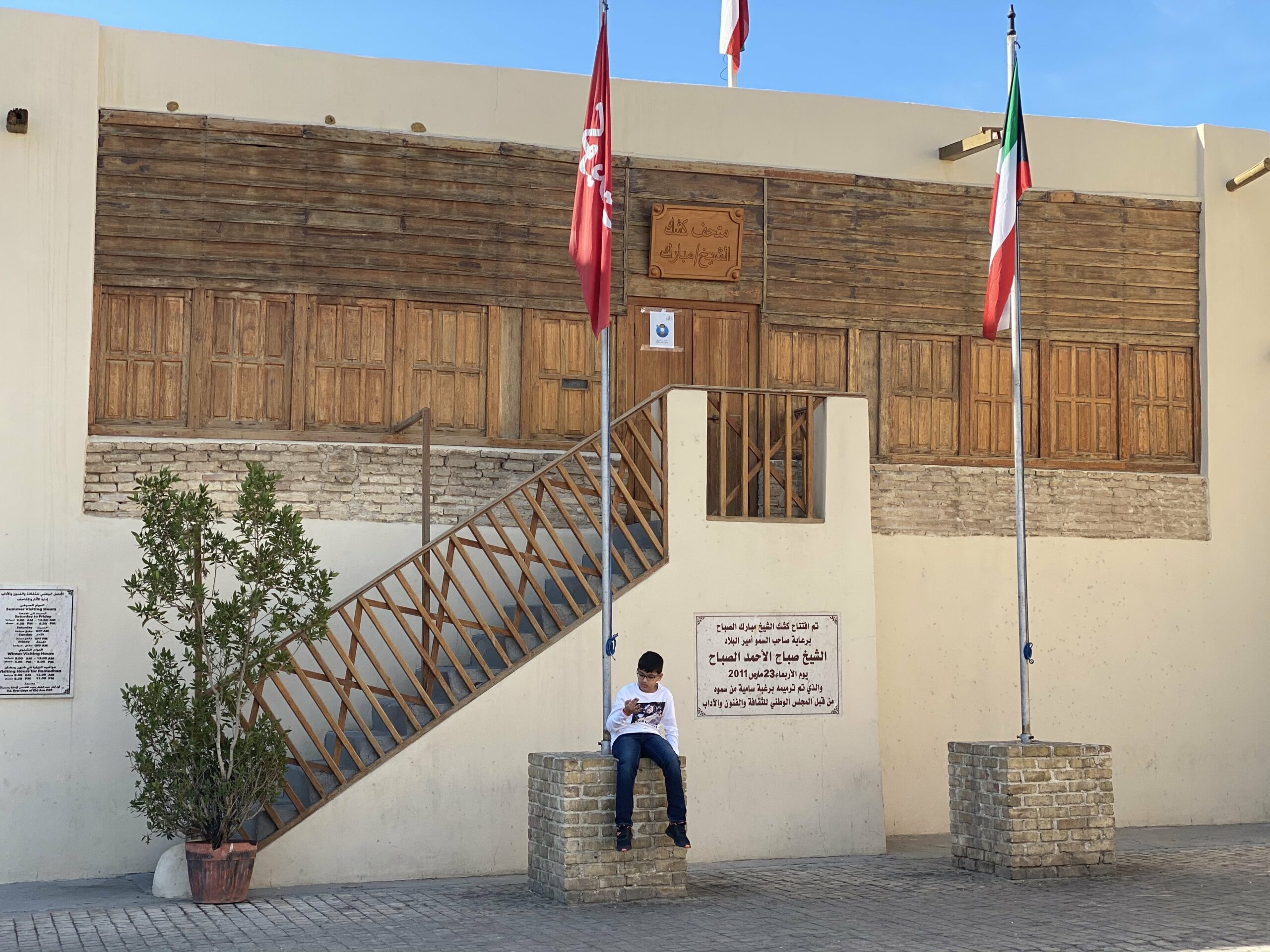 Built in 1897 as Shiekh Mubarak Al Kabeer’s for him to run and administrate the country.  It was also a place to hold meetings and hear the citizens complaints.  In 1934 it was converted to the first legal court.  At the end of the 1950s it became a library, and in the 1960s the top floor was converted into a photo studio.  In 2010 the National Council for Culture Arts and Letter took over the kiosk and converted into a Museum. 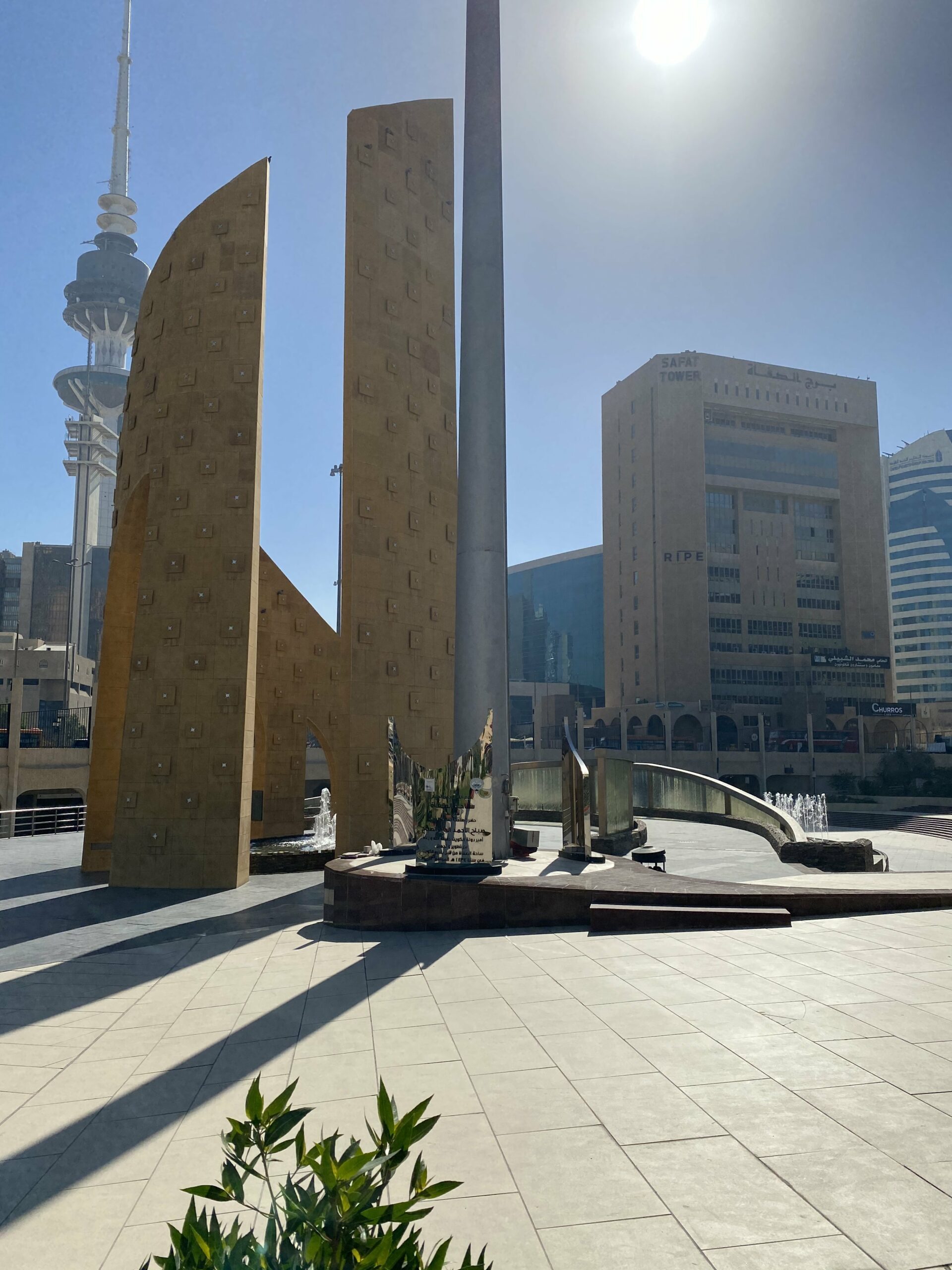 The square is a historical trading square.  In the first half of the twentieth century, it was the main square for the country for traders coming into the country.  In the 1930s the Kuwait police force opened its office there.

Thank you for joining me on this tour.  Next time you’re visiting Mubarikya, make sure to notice all these historical monuments.