Scarabs had symbolic sacred meanings to the Ancient Egyptians.  They became extremely popular in the early Middle Kingdom (2000BCE).  The symbol moved to the Mediterranean and Middle East in the Bronze Age.  What made scarab’s have an important meaning to the Ancient Egyptians is that they were used as emulates to protect the mummies in the afterlife.  That is what drew us to use them on our pouch for the Curiosities collection. 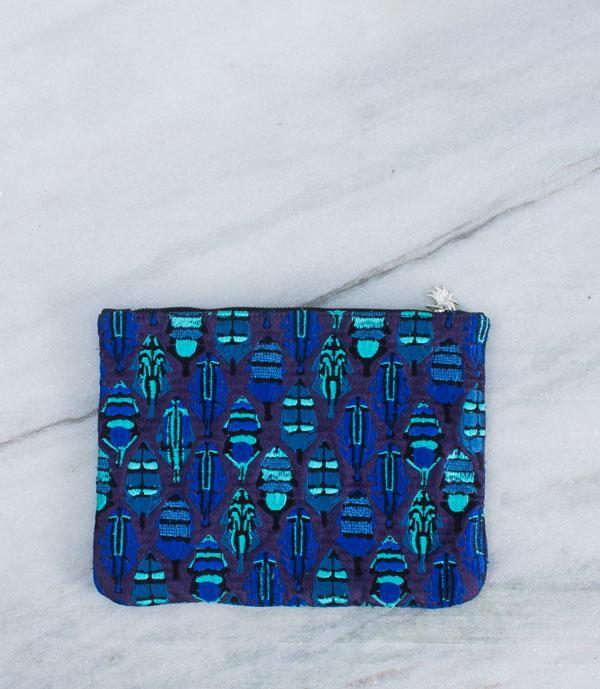