From the Tuscan hills, where this dish is absolutely not from (it’s a Roman dish), Livio is going to teach us how to make the perfect Cacio e Pepe. One of those simple dishes that really makes you feel like you can’t cook, because although it comprises of exactly three ingredients it is extremely difficult to master. This is for those of you who like a good challenge. 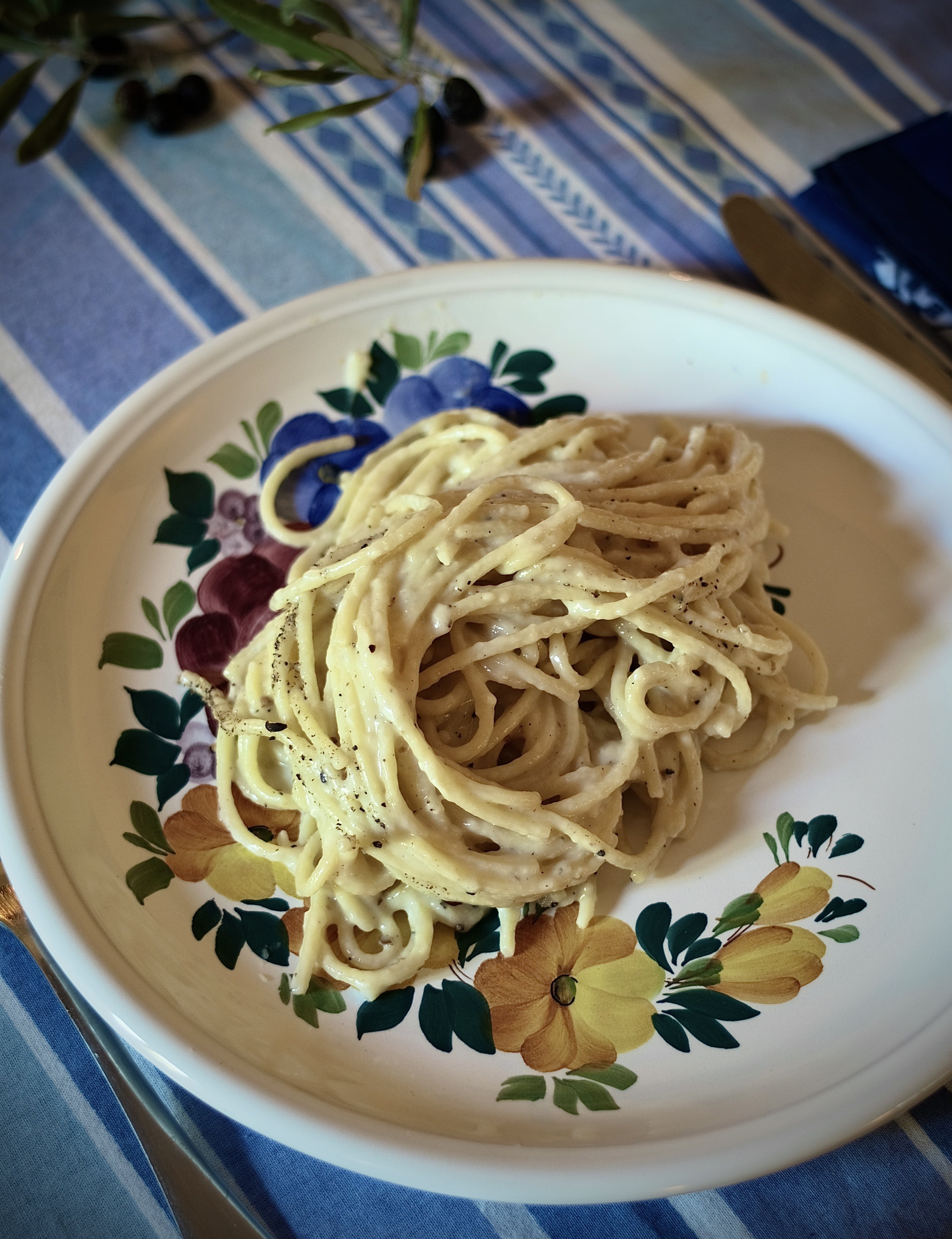 A handful of peppercorns, either ground in a mill or a mortar and pestle

Grind the pepper in a mortar with a pestle or using a pepper mill, ideally you should end up with around 2 heaping tablespoons of coarsely ground pepper.

Grate your entire piece of Pecorino extremely finely, so much so that it becomes fluffy with a cloud like texture.

Now take a large pot, fill it with less water than you would normally when boiling spaghetti, this is a trick to ensure that the water of the pasta turns out extremely starchy.

Once the water begins to boil, put in your spaghetti and let it cook (cook for as long as indicated on your packet as cooking time varies from spaghetti to spaghetti)

Once it has cooked, set aside 1 cup of your pasta water.

Then place your spaghetti in a bowl and mix in the ground pepper so that the spaghetti is fully coated, and then slowly begin to add in the pecorino. When you start doing this you will end up with a hard pasta that is almost working against you, have no fear this is normal (or so Livio says, watch the video!)

Once you’ve reached a cement like consistency, start mixing in the starchy water, and here you can start your arm work out. Mix and mix and mix, put in more water slowly, gradually, mix mix and mix. Your pasta will start to develop a creamy like texture, or let’s face it, it won’t because this takes way too much practice.

The more starchy water you add, the creamier the consistency, if too watery add more pecorino.

Once it’s ready, eat it super fast or that Cacio e Peppe is going to be too cold to eat and after all that hard work, you don’t want to waste it!